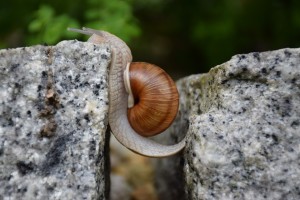 However the election has affected our communities and hearts, something we may all agree on is that it has brought into focus the vast cultural divide in our nation. This is not a political commentary, but a personal reflection and confession on how I have engaged with the different cultures that have clashed so bitterly in this season.

For me, the first step has been to confront my elitism. I came to the Bay Area to “get out” of my small hometown in an agricultural red county. I am a first generation college student from a low-income blue collar family. After five years of living in the Bay Area, something happened that I didn’t expect: I became entrenched in the intellectual elitism of our colleges and cities, and of which is particularly prominent in the SF Bay Area. I have become separated from the viewpoint of non-college educated working class individuals. In my process of integrating into intellectual and “progressive” culture, I became blind to their position. This is why I was surprised by the election results. I could not see beyond the cultural gap created by my intellectual elitism, and I need to confess that.

Another form of elitism contributes to my sickness. Instead of embodying servanthood and humility to love the marginalized, I have a detached religiously-inspired pride that blinds and deafens me from the situation of the marginalized. Instead of engaging in dialogue, this pride allows for disengagement and separation. I’ve called it “religious elitism” and liken it to a Pharisaical detachment from those outside of my immediate religious circle. It is when you are stuck in a bubble of religious thought and it keeps you from reaching outside of it. You can “be right” without acting on it. Living in the Bay Area as a white, male Christian, it is easier for me to observe the charged climate than to engage in it. I have entered into “hot button” Christian discussions in a generalized way, imagining I was being thoughtful and interactive, while I avoided engaging on an intimate level with my community and the people impacted by societal issues. I chose not to reach across the cultural gap created by my religious elitism, and I need to confess that.

Elitism, intellectual or religious, will always blind. When we raise ourselves above others, exalting our worldview in a way that belittles, humiliates, or rejects other people who are individuals and fellow broken image-bearers, we lose any hope of communication. Stomping over others provides little incentive to listen to anything. Alternatively, standing face-to-face with someone with a different worldview will help in communicating your position with love and respect, even if you believe the other view to be mistaken. If there is anything good or beneficial in our own worldview, it becomes lost in overpowering self-exaltation.

I want to issue a sober request for those who, like me, may fall in with a group called “Christian Intellectuals”. Whether you live among others like yourself or consider yourself well-integrated in a diverse community, I sincerely ask, if your gut response to this article is, “That’s not me. I care about racial reconciliation and equality” or “That’s not me. I understand the position of America’s working class”, then consider whether you are truly driven by a desire to honor Christ through loving and serving others, despite political, ideological, socioeconomic, ethnic, or other differences. Agree or disagree, as Christians who interact regularly with the broader culture we must take our steps filled with humility and servanthood. We have the opportunity to stand in the middle of a gaping divide, to affirm the dignity of all people as the scriptures do, and go to battle with the elitist tendencies we may not realize we have. This is the gospel way.

Jesus opposed the religious and intellectual elite of his day, the Pharisees and the Sadducees. He demonstrated a life contrary to this pride and displayed the Father’s heart to be near to the marginalized. In the face of elitism, sexism, racism, religious hypocrisy, and intellectual arrogance he said “The Son of Man came not to be served but to serve, and to give his life as a ransom for many.” (Mark 10:45). Is this your heart, too? If you discover even minimal evidence of self-exaltation instead of serving and listening to the pain of any of God’s image-bearers, then bring your confession to God. Ask him earnestly to form the servanthood of Christ in you, and then look for a place to step into the gap. This is not a call to shallow volunteerism, but an entreaty to seek genuine friendship and dialogue with those who are different from yourself.

View all posts by Solano Church →

One thought on “Standing in the Gap”